Pastor Faces 5 Years In US Prison For Fixing Fake Marriages …

IGP In Tamale To Visit Officers Involved In Accident

Ghana Beyeyie Embark On Entrepreneurship Training For It Lis …

CABINET ORDERS THE EXCLUSION OF SECURITY AGENCIES FROM PENSI …

Cabinet has ordered for the exclusion of all security agencies from plans to unify all government agencies under one pension scheme.

Speaking at the Ministers Press Briefing in Accra, the Information Minister, Kojo Oppong Nkrumah stressed that, after the cabinet meeting, the president has ordered for the amendment of the Act 766 of the National Pension Act.

The Act seeks to bring all government workers together under one pension scheme from the usual pension that was being done.

But the MP for Ofoase says, the move for the amendment indicates that, the security agencies will go back to their old pension scheme that they were on.

Mr Oppong Nkrumah added that, the president has ordered the Minister for Employment and Labour Relations to begin the process of amendment as soon as possible at parliament.

Mr Oppong Nkrumah added that, the exclusion of all security agencies from the plan as he says the action is a positive discrimination due to their nature of work being done. 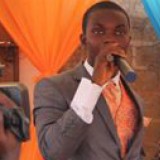 Moringa: The Health Benefits Of This Plant Are Unbelievable

Supreme Court Throws Away IMANI’s Amicus Brief On Voter Re …