NDC To Picket At EC Offices Across The Country –Otukonor

Veteran musician and chairman of Ghana Music Rights Association {GHAMRO} Rex Omari Sarfo has vociferously bashed the ruling government for the introduction of higher denomination of the Cedi notes.

The central bank last week introduced new ¢100, ¢200 notes to be soon added to the already existing ones. Among other things said, BoG explains that this has become necessary owing to the fact that business men and women carry huge sums of money for their daily transactions, a situation that makes it very easy for them to be picked upon by armed robbers.

Reacting to this news, Rex Omar as he’s famously called in showbiz has questioned the real motives behind the introduction of the new denominations at a time that the country’s currency has fallen drastically on the exchange rate on the market.

“What is the need to spend tax payers money to print new currency at this time” he quizzed.

He also questioned how the new money will benefit the ordinary Ghanaian on the street because to him, adding new money to the old ones already in circulation will not improve the economy in anyway.

“We wasted huge amount of money to print what has no use.. so to the ordinary Ghanaian on the street.. what will it benefit”.

Rex Omar encouraged the government to keep to it’s promise of making the Ghanaian economy a cashless one because according to him that is what will make citizens get registered into the national data system and will further help to check fraud and embezzlement by government appointees.

“Why should it always be the NPP that print new currency in this country..” he asked the host Andy Dosty. He suggested that printing new money at this time is only meant to enrich the some pockets whiles neglecting the majority of Ghanaians to their fates to continue to wallow in poverty. 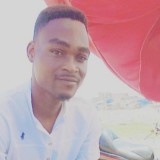 Popular American Journalist In Ghana For Year Of Return